The results are in. The United People's Party received the most votes, taking that coveted honor away from William Marlin and the National Alliance, who infamously became St Maarten's first political party to win an election, but lose the government. Frans Richardson defected from the National Alliance, along with a host of other candidates, and that really hurt the National Alliance. Leona Marlin defected to the new United St Maarten's People Party, and she along with her leader, Frans took a chunk of votes away from the National Alliance. The United People's Party spent millions, and bragged of a clean sweep, but they will either be reuniting with Sarah and the Democratic Party, or with Frans in order to have a majority government. The Democratic Party was supposed to be dead, but they had a blood transfusion, and injected many new candidates onto their slate. Cornelius de Weever looked to fare well, along with Sidhart "Cookie" Biljani and Emil Lee. Jacinto Mock single man party, received almost as many votes as Lenny Priest's OSPP party, so Lenny must be very disappointed. Jacinto Mock is seems was also hurt by both the DP and NA having their own Asian candidates on their slate, which ate up the majority of Chinese vote in St Maarten. The Indian Merchants evidently continue to stay with the Democratic Party. Considering the amount of money Theo spent, he got many votes, but it was not unanimous. Very interesting, click back for the latest developments. 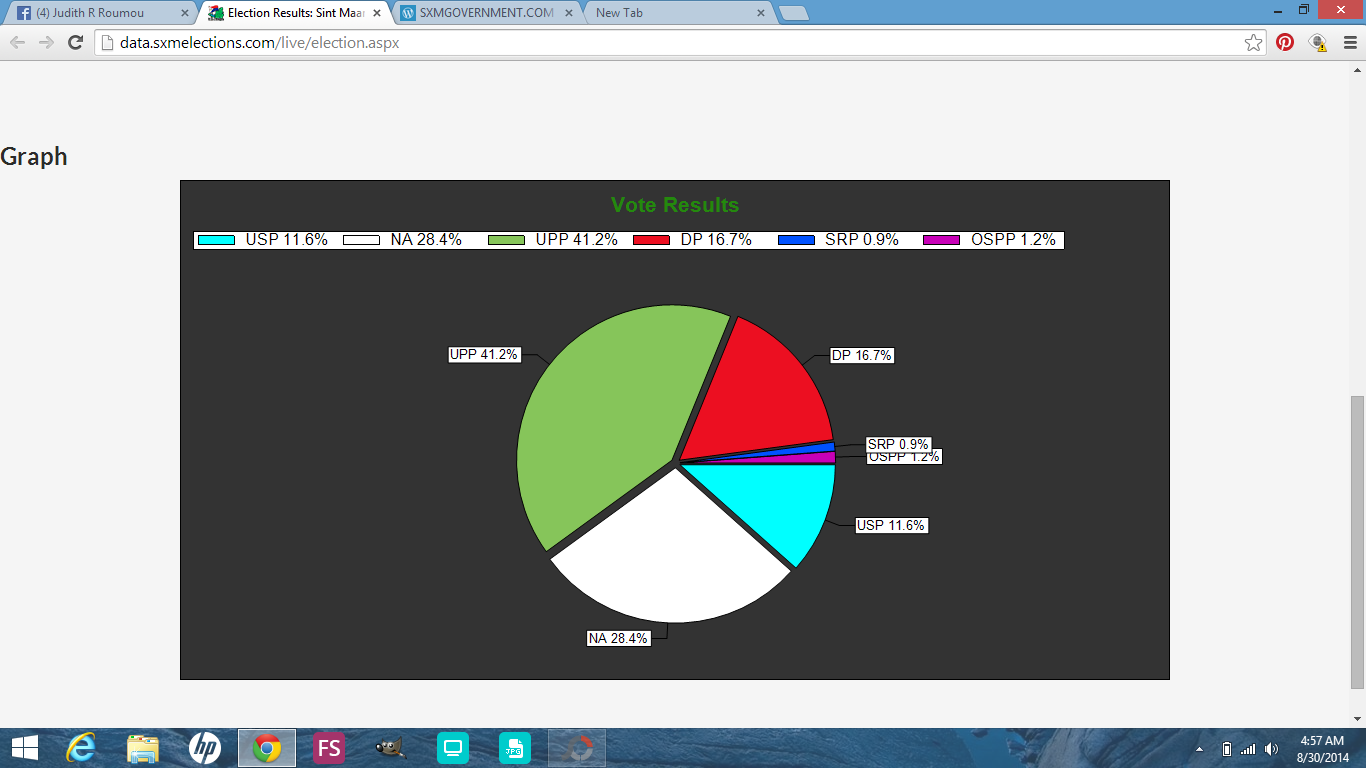 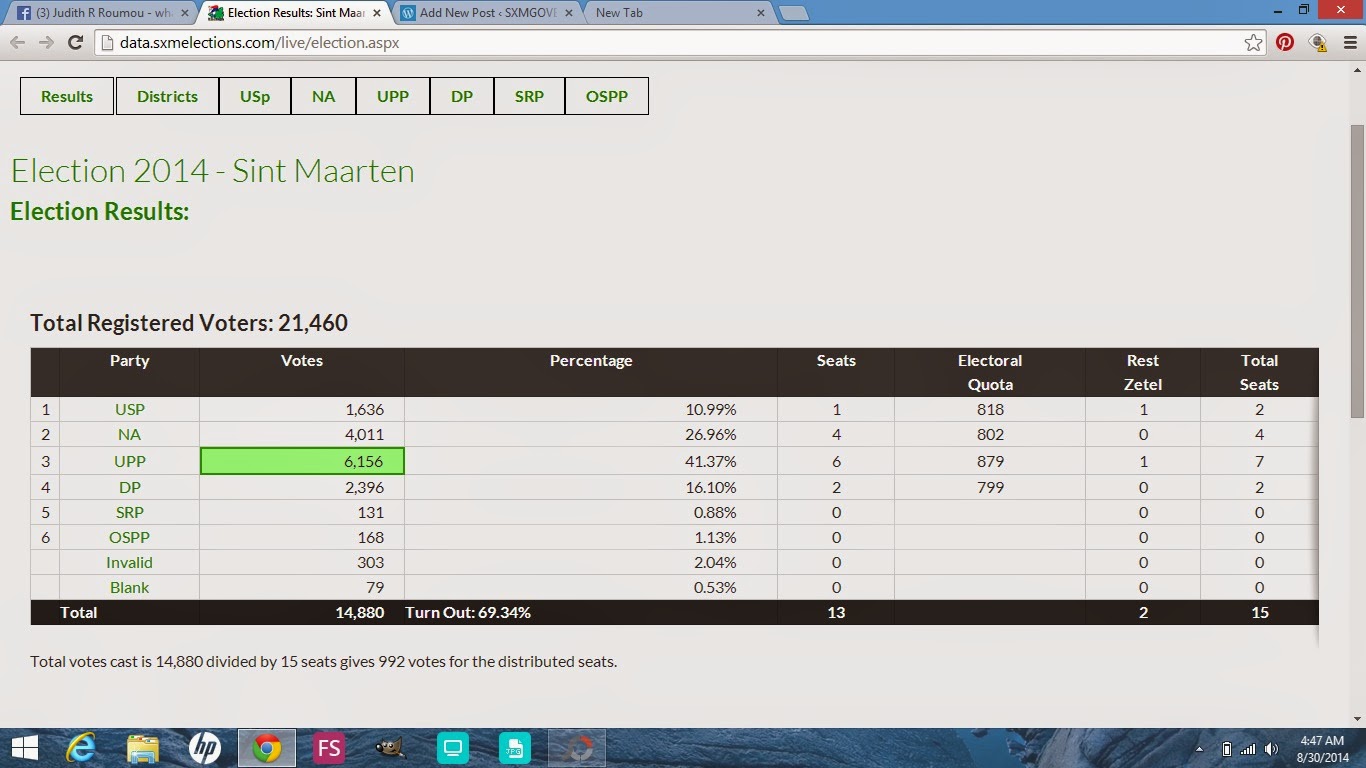 #1 CARNIVAL BLOG IN THE CARIBBEAN!